The traditional hosting of an event was once again taken by us from a wider spectre. In 2018, the company Hewlett Packard Enterprise was using the thematical link "Run HPE Run". A year later, we continued in the succesfull concept and combined the entire year with the theme of the outer space itself.

Space as a theme was used throughout the entire year and appeared as a thematical and graphical feature throughout print and digital campaigns. Which is why it went without saying, that it would be used in the biggest event, which is HPE Partner days. This time around, we chose hotel Jezerka as the place for the event.

For implementing cosmic atmosphere, we used untraditional exhibits, for example a space suit, a black hole, a planetary table and a zero-gravity simulator. The most shining star of the event however was just a few hours before the start of the event in Houston, USA.

Handling the theme of space is not an easy task, however, when Ondřej Doule began his performance on the podium, all of the attendants in the conference hall were immediately fully concentrated. Ondřej Doule is actually a Czech space architect, who creates projects for NASA itself. What does space look like nowadays, and how will it look like in tens of years? Will we actually be colonizing planets and moons close to Earth? And what specifics does the architectonical work in space have, including the works for the most important space agency in the world, which employs over 18 thousand people and operates with a budget exceeding 20 billion dollars?

A suscessfull event, where there are traditionally lectures for partners, competitions for awards and a thematical catering in a form of molecular cuisine, was ended by a final debate, which confirmed, that the choice of the host was the right choice. 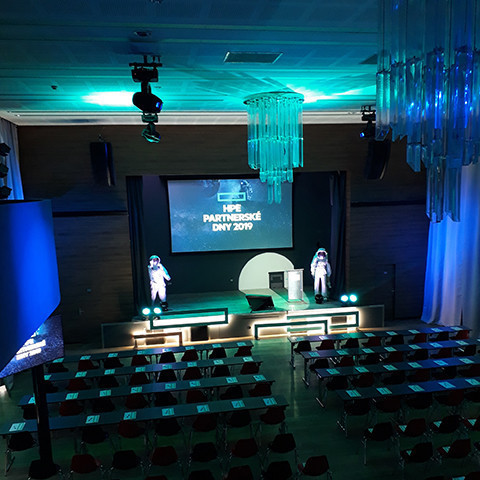